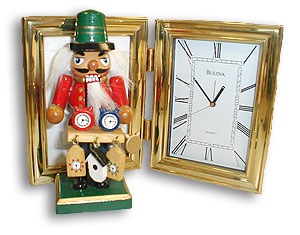 The Hobbyist Machine Shop website has served well on the Internet as encouragement for new home machinist getting started in the hobby. The ton of email (if it could be weighed) sent to me confirms this statement.

The web site was built through the years with several HTML editing tools. First was HoTMetaL Pro which many years ago went out of existence. I switched to Adobe GoLive and then to Macromedia Dreamweaver. Adobe purchased Macromedia and there was an inside battle between GoLive and Dreamweaver as to which program would be Adobe’s HTML flagship.  Dreamweaver won out and is still my WYSIWYG HTML editor.

HTML5 is the newest version of HTML, created to do battle mostly against Adobe Flash. Adobe counters with Adobe Edge, a new HTML5 animation editor. I don’t do much direct FLASH editing so HTML5 is not a big deal with me (yet).

I’m getting off track, back to my story. I have been using a freeware CMS (Content Management System) web publishing tool known as Joomla. It is a graphic intensive creative and web display product written in PHP . With today’s high speed backbone and much faster user computer systems this high overhead system has been working well for me on many web sites I manage. It stores information in a MySQL database and builds the pages dynamically. Enough black magic, it just works.

Joomla and all CMS systems have a very good “back end” management system that doesn’t exist with standard HTML web sites. It is much easier to maintain all the information in a standard form. This THMS BLOG website (using WordPress and my own template) is a CMS system and works in very much the same way as Joomla.

My secret weapon to building CMS templates is Artisteer.

I just ordered a couple (2) 6-18 Volt Johnson 9167AK electric motors for the Roboboat project. I do not yet know if they are suitable. I’ll discover that once I receive them. This is part of the problem when buying something you can’t first touch and feel. Especially if it something you have never owned in the past.

The specifications seem to be OK and the cost was very low (about $7.00 each on eBay) so I figured it was worth the risk. That is all part of the cost when creating a prototype. If anything the motor’s physical size is what has me concerned. They just don’t seem to be big enough for the power they can handle. That is about 49 watts each. They weigh in at .45 pounds each so they seem to have some mass.

Johnson makes or sells a huge variety of small DC motors. These motors I picked are not the highest RPM but do have a lot of torque for their size. I also have to pay attention to the power they use as I don’t want to haul around large expensive batteries. I then also have to stay within the ratings for my speed controllers.

The reason I am posting this here is that part of my plan is to design and build (machine)suitable aluminium motor mounts for these (or any) electric motor I choose. High power also equals high heat so I need to design for the heat these motors are sure to produce. Of course I don’t expect to be running the motors at full power. (I could be wrong.) A lot will depend on prop size and pitch. Lots of variables.

The roboboat project is not intended to produce a high powered fast competition model boat. I am… END_OF_DOCUMENT_TOKEN_TO_BE_REPLACED

Is this a "Bench Press"?

I had to laugh at myself this week end. As usual I was pushing myself too hard and for too long in all the heat. Texas is having a very long spell of 105 degree weather. The high temperature must have made me wacky.

I know my PN has sapped most of the strength I used to have in stamina and ability to dead lift and carry things. Put the PN and the hot weather together and it doesn’t make for a good combination.

So my problem is how do I know my limits until I test them? I push hard enough to find those edges.

I have a small mini-lathe (a metal cutting machine tool) for which I sell conversion gears to buyers all over the world. I stored the machine on a bottom shelf of one of my work benches. It is made of cast iron and steel and weighs about 75-80 pounds.

Let’s say I used to be able to pick it up and move it. Well not any longer. That is now a limit I shouldn’t exceed. But I had to test that fact to be sure.

I was pretty sure this wasn’t a good idea but I didn’t let that stop me. I pulled the lathe out onto the floor off the shelf. Then I got what I thought was a good grasp and tried to do a power lift with my legs. I know my back is not good so I was looking out for it. Well, the legs are no darn good either.

I did not hurt myself other than my pride. I got the machine about a quarter the way up and my legs decided to quit. I sort of rolled back against the bench then off… END_OF_DOCUMENT_TOKEN_TO_BE_REPLACED

I have discovered I might have all that I need to die happily in my machine shop. Well, almost. It’s that “almost” that will keep me alive in the long run. Just one more tool then I will die happy. It may be the “just one more tool” that keeps me alive forever. What do vampires know about immortality? HA! All that awful yucky blood and stuff…

It’s bad enough when I nick my finger.  I have a cute little scar on the back of my left hand middle finger where earlier this year I let a 10,000 rpm end mill remove some flesh.  CSI (Crime Scene Investigators) would have enjoyed figuring out what happened at the scene of the accident from reading the resulting blood splatter. <’ulp…>

Ninety nine point nine percent of the time I practice safe workshop.  That’s ok as long as the last tenth remains minor. The vampires can stay in their dark places, thank you.

I am still in lust for the smaller projects. I had a discussion with a caller about machine tool size. I admitted I liked some of the larger machine tools, but I have no projects that can justify them. Mostly I cannot justify the very high cost of the tools or the materials. I’m just in my comfort zone where I am.

I have been doing some recent machining so small I have to wear one of those dual lens magnifying hoods to see the work.  When I push it up or take it off, I always feel amazed at how tiny the work is that I was doing. I think it is a lot of fun doing miniature machining.

I know most of my readers like action shots. Here are a few to keep the juices flowing. It’s just one very tiny step in the making of parts, but there is a bit of interesting machine set up going on here.

I had to cut a 3/32″ wide x 45 deg. chamfer on the one end of both of the two brackets I made for the tender steps. That doesn’t sound like much of a job, does it?

I priced 45 degree end mills and after I got back off the floor, I decided that wasn’t the least expensive way to run this job. At least for the two tiny cuts I needed to make. A file might work but it would look like… well you know, the smelly stuff.

I dusted off the sine vise and although it seemed like massive overkill, it wasn’t all that hard to set up. The fun part was I was able to do a little math and I actually like math. The reason it is called a sine vice is the height of the spacers (called sine blocks) is the sine of the angle desired times the distance away from the hinge.